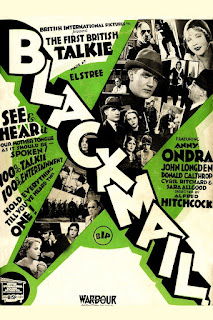 A policeman's girlfriend stabs a rakish artist to death during an attempted rape. A petty crook sees enough to work out what happened, and tries to blackmail the detective, who has been assigned to the case and knows that his girl is the killer. But the blackmailer inadvertently implicates himself, and becomes the subject of a protracted chase.

The affection held for the now defunct Departments of Printed Books and Manuscripts of the British Museum is deep, significant, and meaningful. A mere adjunct to the Museum itself until the creation of the organizationally distinct British Library in 1973 (which moved to its new home on Euston Road in 1997), the departments (i.e. the Museum library) have emotional, historical, and spatial resonance, and have already dissolved into myth.

These feelings have little to do with the library's fascinating history, or its place in the British intellectual landscape. They are largely due to the existence of a space - the Museum's seventh, and longest-lasting, Reading Room, which opened in 1857, and closed for refurbishment when the library it contained relocated in 1997.

You may never have stepped inside the Round Reading Room of the British Museum, but you'll still know it: as the model for the reading room of the Library of Congress; as the second-largest dome in the world upon its completion (second only to Rome's Pantheon); as the place where Karl Marx wrote Capital (he didn't, but that's a different story); as the subject ofVirginia Wolfe's raging in A Room of her Own; as the definitional library of oak desks, iron galleries, leather-bound reference works, and a gentleman supervisor in black tails and top-hat.

The Round Reading Room's most recent term of protracted closure began in 2007. An inspiring space was turned into a practical one, a metaphor for the re-conceptualization of libraries in modern times. Encased in Portland stone, internally partitioned to provide 'temporary' exhibition space, it now exists only in the imagination. The creation of the British Library was both a triumph and tragedy, for it turned the world's most famous physical library into a white elephant, prey to the vagaries of celebrity architects and the populist policies of well-meaning curators.

To my knowledge, the Round Reading Room and its now-dismantled bookstacks have appeared only three times in live-action film. Blackmail's depiction was the first, and most cinematically significant. The blackmailer is discovered hiding among the British Museum's mummies. Pursued and pursuers race through the Egyptian galleries, before the scene changes to a view of the detectives entering the Round Reading Room, where the nervous villain watches them from a gallery. Before long, he is chased through the bookstacks, then onto the domed roof. It ends badly.

There is almost no dialogue during this, the film's rushed denouement. Instead we get a study of provocative editing. Hitchcock cuts between the sweating villain and a handwringing Ondra, neither of them fully innocent nor fully guilty, one begging innocence, the other wondering whether to admit guilt. The camera moves from the columned exterior, through the entrance hall to the Egyptiana, and finally to the Reading Room which stands at the geographical centre of the Museum. The library is significant because of where it is - the only way out is up, where Hitchcock characters go to fall or jump off things. The director doesn't care for the library qua library.

The scientist-hero (Dana Andrews) of the unappreciated Night of the Demon (aka Curse of the Demon) walks through the Round Reading Room towards another one of the Museum's reading spaces (perhaps where the East Asian galleries now stand) after arriving from America to study a satanic cult. Among the desks he meets his nemesis, who simultaneously poisons and curses him, and appears to have stolen the book Andrews has come to the Museum to read. The Day of the Jackal's assassin goes to the Round Reading Room to read French newspapers so that he can plan the perfect hit.

Other films use the Museum's other galleries as meeting places, for character-enhancement, or for plot-advancement. In the 1987 version of E.M. Forster's novel Maurice, the eponymous hero and his on-off boyfriend Alec finally realize their mutual passion while joking among the Museum's Mesopotamian stone monsters. Incompatible lovers also meet in Jules Dessin's bizarre re-imaging of Phaedra. In the title role, Melina Mercouri speaks to her stepson Hipppolytus (Anthony Perkins) for the first time as the latter sketches the Elgin Marbles. Ironically, twenty years later Mercouri would lead the campaign for the frieze to be returned to Athens as Greece's Minister for Culture. The Gregory Peck and Sophia Loren vehicle Arabesque also features a British Museum scene.

The Dimco Buildings in White City stand in for the Museum in The Mummy Returns. The Museum's 'curator' leads the cult who have resurrected the film's villain Imhotep. Trading on this confluence of myth and mystery, and prefiguring the trio of Librarian films, the Japanese manga series Read or Die imagines the 'British Library' as a part-clandestine organization promoting both literacy and the political interests of the British Empire. The anime film version portrays the Round Reading Room as the hidden entrance to the Library's 'Special Operations Division.' And yet... in the late-nineteenth century Wilhelm Liebknecht described how 'the scum of international communism' used to congregate under the Reading Room's great dome. No other library space in the world contains so many exceptional contradictions.