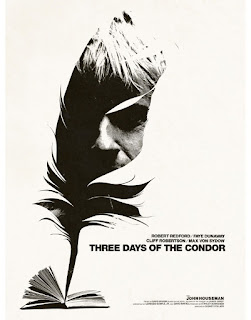 I was propping up the bar at a work Christmas party a few years ago when a colleague from the College maintenance team introduced me to his wife. 'It must be nice to get paid to read all day long,' she said. I clenched my teeth and walked away silently. I don't think I spoke to my colleague for a couple of weeks after that.

Where did this pernicious misunderstanding about the practice of librarianship come from? Unfortunately, I think it might have come from the profession itself. Librarians complain endlessly about stereotypes, and go to great lengths to promote the idea that at the weekend we're all base-jumping, lathe-turning, punk rocking, mountain-bike bog snorkelers (see, for example, The Bellydancing Librarian, or Macho Librarians with Guns). But this is not what most librarians actually do in their spare time. According to a recent survey, our most popular pastime is... no, not knitting... 'recreational reading.'

Robert Redford likes reading too. He once said: 'I don't know what your childhood was like, but we didn't have much money. We'd go to a movie on a Saturday night, then on Wednesday night my parents would walk us over to the library. It was such a big deal, to go in and get my own book.' He doesn't play a librarian in Three Days of the Condor, but he does play a bookish, socially awkward character who gets paid to read all day long... for the CIA... for a living... for real! Except for the times he's seducing Faye Dunaway and trying to stop Max von Sydow from taking over the world! That's what I'd like to do in my spare time. Let me just finish this book first...

Sadly, the entire film is as divorced from reality as this mise-en-scene might suggest. It's about as unreal as the thought that librarians might get paid to read all day long.

Redford and his six colleagues do their reading for the CIA, to help uncover sinister patterns and terrorist plots. They read terribly quickly, so spend most of their time flirting with one another, and being very clever. When it's Redford turn to pop out for coffee, he impresses the deli customers with his smarts. 'Where am I, the New York Public Library?' says a wise guy. Later, when someone suggests that Redford go 'into the field,' he confesses: 'I'm not a field agent, I just read books!'

But he speaks too soon. When Redford's kicking ass, saving the world, one of the bad guys wonders: 'Where did he learn evasive moves? His confrere knows Redford's secret: 'He reads.'