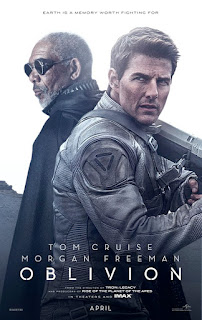 Thomas Babington Macaulay, historian and Liberal imperialist, was a trustee of the British Museum and a founder of the London Library. He is one of the nineteen men of letters whose names adorn the windows of the Museum's Round Reading Room, and until the legend of Karl Marx and the winds of change dissolved his reputation, was the library's most noted quotidian reader.

Historically and architecturally, the Round Reading Room vies with the Library of Congress as the most significant building in modern library history, but it is little filmed. By contrast, the New York Public Library's filmography grows longer by the year. Tom Cruise drops through its replicated ceiling in search of a wayward robot in the inept sci-fi thriller Oblivion. He escapes with a copy of Macaulay's Lays of Ancient Rome, most famous for its narrative ballad about about Publius Horatius Cocles, a hero of the early Republic, who faced down the entire Clusian army to save the city.

Cruise recites the poem in an incongruent Elysian valley he finds among the ruins, snow, and dust of our demolished planet: '...how can man die better / than facing fearful odds, / for the ashes of his fathers / and the temples of his Gods.' Through the twists and turns of the increasingly ridiculous plot, the poem provides a mantra for Cruise, and a hint at how the story will develop.

Horatius did not die. Wounded and bleeding, he cut off the enemy and escaped, and when he returned to Rome was paraded through the streets by a singing crowd. For the sake of the human race, it's a good thing that Cruise found such rousing poetry in the Rose Main Reading Room, and not Of Mice and Men or Tess of the D'Urbervilles. But the film might have been much less ponderous, and much more fun, if he had picked up a copy of Biggles.
Posted by Colin at 19:00